Chaplain Peter Panitzke began his volunteer service with the Muskego Police Department in January of 2006. As chaplain he rides along with the patrol officers as often as possible and assists with death notifications within the city. He provides spiritual care to members of the department who request it, as well as individuals the department serves.

Chaplain Panitzke received his bachelor's degree from Northwestern College, Watertown, Wisconsin in 1978, a Master of Divinity degree from Wisconsin Lutheran Seminary in Mequon, Wisconsin in 1982, and a Master of Sacred Theology degree in 2008, also from Wisconsin Lutheran Seminary. Chaplain Panitzke began his pastoral ministry at Good Shepherd Lutheran Church of St. Peter's, Missouri where he served for sixteen years. In 1998 he was called to serve St. Paul's Lutheran Church of Muskego. At St. Paul's he is the ministerial team leader. 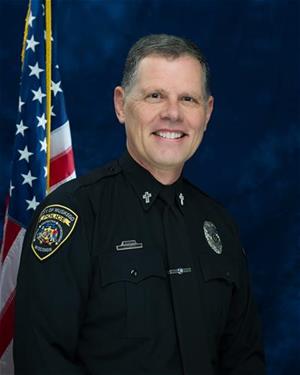